This week, we have three planets (the Sun, Venus and Mercury) and an asteroid (Juno) changing signs, two planets (Mercury and Mars) in mutual reception, and a Full Moon at the last degree of Libra.

Starting on Monday, there’s a perfect Yod formation involving the Moon, Venus and Pluto, with the Moon as the focal point. The Yod aspect is also known as the “finger of God”), and with these planets involved, it can bring with it a desire to connect more intimately with loved ones and relationship partners.

With Venus and Pluto sextiling one another, then funneling the passion that results into a warm, dynamic, creative Leo Moon, the emphasis is likely to be on dramatic — rather than subtle — expressions of love and affection. This aspect brings out an urge to merge, so don’t be surprised if a partner or love interest starts trying to get frisky with you. It’s an alluring, seductive aspect that is known for its sex appeal and rarely fails to deliver.

Venus then inches forward and squares Jupiter on Tuesday. This transit can see you going above and beyond the call of duty where friends and loved ones are concerned. It’s an expansive, indulgent energy that can translate to overdoing it, as in overindulging or overextending yourself.

Even though both Jupiter and Venus are dignified (with Jupiter in the sign it naturally rules and Venus in the sign of its exaltation), you want to be mindful of temptations to go overboard during this time. You may also overestimate your ability to lend a helping hand, so take a moment to look at promises you’ve already made before you start offering your services to others.

Also on Tuesday, Mercury crosses its shadow point — at 29º Pisces 38. This is the degree it went retrograde at back in early March. And even though it’s been technically moving forward since March 28th, this marks the official end of this period’s Mercury retrograde. It’s at an anaretic (29th) degree, and as its in Pisces, it’s also the last degree of the zodiac.

Accordingly, Mercury moves into Aries on the following day (Wednesday). Mercury in Aries is good for taking a stand, saying what’s on your mind, being bold and brave in your communications with others, and putting yourself out there. It’s better at talking than listening and is not so good at tact and diplomacy so keep that in mind in your interactions with others.

Mercury and Mars are in mutual reception from this point on (until May 6th, when Mercury moves into Taurus). These mutual receptions act to strengthen the natural influences of the planets involved, uniting them together in collaboration. In this case — with Mercury in Mars’ sign and vice versa, the art of persuasion and tactful diplomacy should be greatly enhanced.

Venus moves up to its exact degree of exaltation (27º Pisces) on Thursday. This is Venus’ most coveted placement, with the exaltation strengthening its natural inclinations toward love, beauty, harmony and cooperation. It’s semi-sextile to the Sun, which increases its propensity for oozing charm and igniting romance; and it’s also at the midpoint between Neptune and Chiron, which can greatly enhance its tendency toward self-sacrifice and altruism. 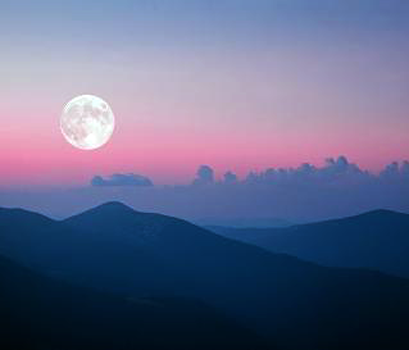 The April Full Moon is known as the Full Pink Moon, (named so for the beautiful blankets of fragrant pink flowers (phlox) that bloom at this time of year).

The April Full Moon emphasizes the Aries / Libra polarity’s natural association with relationships of all types, with Aries representing “the Self” and Libra representing “the Other.” The theme here is figuring out where certain people fit in your life without focusing so much on one type of relationship so that you invalidate the other.

As Full Moons are said to shine a spotlight on areas in your chart that are affected (by house position and contacts to other planets) you might look to your own natal chart to see where this will play out for you.

In general, the Full Moon provides an overview of the progress you’ve made since its New Moon counterpoint on April 5th. Seeds that were planted then will surely have sprouted; do you need to make adjustments or change your course entirely? Now is the time to think about what you’ve accomplished and where you want to go from here.

SInce it’s in Libra (and at an anaretic or “fated” degree), The Libra full moon is all about fairness, objectivity and impartiality. It’s good for social interactions that call for cooperation and collaboration, as it strives for balance and harmony at all times.

Venus moves into Aries and the Sun moves into Taurus on Saturday. Venus is in detriment in Aries, as the sign opposite its natural ruler, Libra. While there are said to be some disadvantages to having a planet in detriment — usually due to societal norms and expectations rather than any deficit in the archetype itself — there are some wonderful benefits as well.

Venus in Aries is able to put its heart on the line and go “all in” when it comes to love. It’s ardent and passionate about matters of the heart and sees itself as a bit of a maverick. This is a great time to put yourself out there, without fear. It’s a time for taking risks in love and for opening yourself up to new opportunities.

While the Sun was in Aries you may have been so focused on getting things done that you didn’t have time to stop and smell the flowers. The Sun in Taurus not only slows you down enough to do just that, it also heightens your ability to appreciate and enjoy the prospect.

Mercury conjuncts Chiron, also on Saturday. This signature can bring in opportunities to heal yourself through working with and comforting others. This can be a profoundly cathartic experience, wherein you not only understand exactly what someone is going through, but can relate to it on a level you weren’t even aware of until you witnessed it through someone else’s eyes.

As Chiron is associated with wisdom and compassion that are gained through experience, the transit can bring in its own set of challenges. You may have to confront your own demons and process painful experiences in order to overcome them. But it can also represent a catalyst for growth, Use this time to draw on your own experiences to offer help where it’s needed most.

Finally, on Sunday, the Moon (in Scorpio) is void of course for twelve solid hours. The Moon is debilitated in Scorpio (the sign of its Fall) but it’s very well aspected — trining the North Node and sextiling Saturn, Pluto and the South Node — before it goes void.

The void of course Moon is a common occurrence; it marks the period of time between the Moon’s last aspect in one sign and its ingress into the next. Any aspects involving the Moon are temporary are likely to fly by almost imperceptibly. But that doesn’t mean this period of time will be uneventful. There are still always transits in play: planets interacting with one another and blending or communicating their unique energies.