This week begins on Monday with a retrograde Mercury conjuncting the Sun. This is an inferior conjunction, meaning that it’s passing between the Earth and the Sun. It’s also “combust,” or so close to the Sun that it’s obscured by the Sun’s rays. The exact conjunction  is referred to by classical astrologers as “cazimi,” which means in the heart of the Sun.

This is a powerful condition, with the cazimi planet’s influence generally seen as heightened and energized by the Sun. But because Mercury’s retrograde and is essentially “hidden” by the Sun, this aspect can be somewhat problematic. The main thing to watch for is information that is hidden or lacking, which can result in making ill-informed decisions, especially given Mercury’s retrograde status.

Saturn sextiles Chiron on Tuesday, for the first time since 1973. As we were dealing with similar patterns of transition back then, we may look to the renovative aspects of this transit. Saturn is structure and discipline and boundaries and tradition. And Chiron is empathy and compassion and a most intimate understanding of the suffering of others.

Put them together in the underrated sextile (60° aspect, often seen as minor) and you can see how these disparate energies might blend into something beautiful. This transit is about not only seeing the hardships and inequities that surround us (Chiron) but finding solutions to end it (Saturn).

On Wednesday, Mercury squares Mars and trines the North Node. The square to Mars suggests that communications can be tempestuous, so consider taking a breath and count to 10 before you speak — especially if what you say can come across to others as angry or abrasive. It can manifest as harsh words, confrontations, temper tantrums and impatience. And it can also be careless and / or reckless which translates to “accident prone.” Watch your step during this transit, in more ways than one.

The trines to the North Node, however, is far more congenial. It’s more about developing a comfortable rapport with others than anything else. It’s about generating a meeting of the minds and communing with those who are on the same page. As the North and South Nodes are always in opposition, the North Node trines Mercury at the same time it sextiles the South Node. Think of this as a relatively painless give and take.

On Thursday, we have a Venus / Jupiter conjunction at 12° Aquarius 34. This is an optimistic, enthusiastic and benevolent transit that can see you feeling so good about yourself that others respond in kind. Those feelings of goodwill are infectious and can result in opportunities that come to you through unexpected channels.

It can bring people into your life who want nothing but the best for you. Hold onto them and cherish their presence in your life. It can heighten your awareness of the beauty and grace that surround you even in the midst of turbulent times. 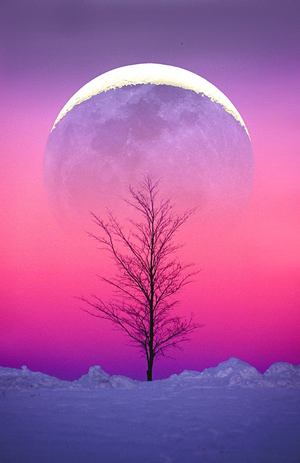 The New Moon in Aquarius emphasizes humanitarian ideals; recognizing that there’s a place in the world for all of us and that we each have something unique to contribute. It also emphasizes progress, activism and uniqueness.

It marks the onset of a period of figuring out who you are as a unique individual and what impact you want to make on the world at large.

This Moon is focused on autonomy, individuality and personal freedoms, while emphasizing shared ideals. As a result, we should expect to see people expressing more radical viewpoints and standing up for what they truly believe in.

There are six planets now in Aquarius (seven if you count the asteroid Pallas Athena). But the Moon goes void of course no sooner than it becomes New and continues as such all the way into Friday.

All of these Aquarius planets — all but Saturn — are besieged between Saturn and Mars, which could try to stifle some of that radical Aquarian energy. But it can also serve to contain it and allow it to ferment.

Mercury and Venus come together on Saturday at 14° Aquarius 42. Remember: Jupiter’s also still nearby, with the three of them rising just ahead of the Sun. The Mercury / Venus conjunction focuses its energy toward relationship issues, even in cool and aloof Aquarius. It adds a layer of romance to interpersonal communications, and may see you revealing more about yourself (and your feelings and intentions) than you’d planned.

These planets are all so close to the Sun that they may not be easy to see. There’s only a small window of time between the planets rising on the Eastern horizon and the Sun’s rays coming up right behind them. Still, there are four visible morning star planets this week (mercury, Venus, Jupiter and Saturn) so get out there early in the morning and see them.

The Mercury / Jupiter portion of this stellium completes on Sunday, just as Mars sextiles Neptune. With respect to the Mercury / Jupiter aspect: here we have two natural polarities — the natural rulers of the 3rd and 9th houses — joined together in harmony. We have Mercury — the planet associated with communications and ideas — conjuncting Jupiter — the planet associated with benevolence, good will and generosity.

The Mars / Neptune can see you tuned into the music of the spheres like never before. This aspect reminds you that you are one with the Universe and everyone in it. It’s creative and compassionate and can inspire you to become a better person.