There’s a lot happening this week, starting with two planets (the Sun and Venus) changing signs, two planets (Mercury and Neptune) changing direction, and the final Super Moon of the year.

But put it in sensitive, loving, romantic Cancer and you know emotions are going to come into play. This is, especially true with Venus (also in Cancer) trining Neptune on the same day. This aspect promises to bring out the best in both planets; with Venus it’s pleasant, accommodating and cooperative, and with Neptune it’s gentle, compassionate and understanding.

Mercury goes stationary direct on Tuesday, after having spent the last three weeks in retrograde motion. While Mercury retrograde is known for wreaking havoc with all things related to communications, it going direct doesn’t necessarily bring instant clarity. It just doesn’t work that way. As it goes stationary, it briefly stands still (from our geocentric perspective) as does the current Mercury state.

It will be a couple more weeks (on July 8th) before it crosses its shadow point (the degree at which it went retrograde.) Until that time, even though Mercury is now moving forward again, we can anticipate some of the residual effects of Mercury retrograde — including misunderstandings and miscommunications — even with Mercury in its own sign.

The Venus opposes Neptune on Wednesday, just as the Sun trines Mars. Starting with the Venus / Neptune aspect, this transit can see longing to escape into a romantic fantasy. It can increase your sensitivity to the injustices of the world or to your perception of the mistreatment of others. It’s also profoundly creative and inspirational. It’s not the best time to initiate a new romance — at least one you have hopes of leading to something more serious. But it’s good for indulging in romantic fantasies or tapping into your own creative potential.

But the Sun / Mars trine is all about finding your stride and taking initiative to make things happen. This aspect is self-assured and confident. It’s perfect for manifesting your goals. It tells you that whatever you want to attain is completely within your reach and that now is the time to go for it. 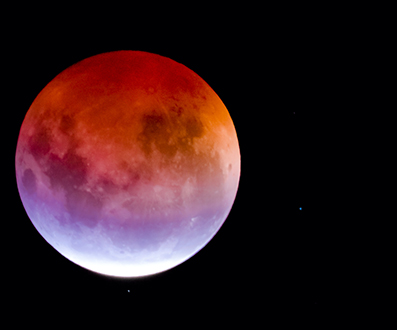 On Thursday we have the second (and final) Super Moon of the year, a Full Moon at 3° Capricorn 27. This is also known as the Strawberry Moon in Native American traditions, in reference to the time for harvesting ripe strawberries.

As Full Moons are said to shine a spotlight on areas in your chart that are affected (by house position and contacts to other planets) you might look to your own natal chart (or have an astrologer look at your chart for you) to see where this will play out for you.

In general, the Full Moon provides an overview of the progress you’ve made since its New Moon counterpoint earlier in the month. Seeds that were planted then will surely have sprouted; do you need to make adjustments or change your course entirely? Now is the time to think about what you’ve accomplished and where you want to go from here.

This particular Full Moon is in Capricorn, where it’s said to be debilitated. But with both the Sun and Moon making favorable aspects to Jupiter, this condition is likely to be negligible. There are a lot of positive qualities associated with the Capricorn Moon.

The Moon in Capricorn emphasizes a call to look at what’s important, to separate the wheat from the chaff and to simplify our lives. It can also describe a need to get more serious about our goals and professional accomplishments. As such, we want to focus on the more positive aspects of the Moon / Pluto conjunction, things like transformation and inner strength, rather than the more difficult aspects: things like force, domination and destruction.

At the same time Saturn and Pluto are in sextile, an aspect that may be considered minor by some, but which can propel you toward accomplishing big things. This transit reinforces the more logical and serious qualities associated with the Capricorn Moon, and adds to that the inclination to focus on long term goals.

Neptune goes stationary retrograde on Friday at 23° Pisces 11. Neptune is retrograde for about 5 months of every year, moving backward through the zodiac until it turns direct. This year that happens on December 2nd, although it won’t cross its shadow point until next March.

Neptune is at home in Pisces, and when it’s retrograde it can bring you one step closer to Nirvana. It opens up your psychic pathways and makes it easier for you access the collective unconscious. It is sensitive, compassionate, idealistic and altruistic. It can also be unrealistic and delusional.

We end the week on a rather pleasant note, with Venus moving into Leo on Sunday. Venus in Leo is warm and expressive, loyal, dignified, and proud. This is an incredibly dynamic placement, with the planet associated with love, romance and beauty posited in the sign that magnifies those influences.

Venus in Leo is all about leading with your heart. It’s about learning to love others through first loving yourself and expressing your romantic sensibilities passionately and confidently. it’s also about appearances. It’s about commanding respect from others and taking center stage. It’s about showing the rest of the world what you’re made of: conducting yourself with honor, integrity and grace.

Venus will remain in Leo until July 22nd, when it moves into VIrgo, the sign its fall. Use this time to focus on being confident, creative and expressive.