This week we have one planet changing signs (Venus), one planet turning retrograde (Mercury) and a Full Moon in Gemini. We also have a pair of planets (Venus and Mars) that are both in detriment AND mutual reception.

We start the week on Monday with a Moon / Neptune conjunction in dreamy, idealistic Pisces. This is a highly sensitive and rather other-worldly Moon placement, made all the more so by its trine to Jupiter and conjunction to Neptune.

The Moon / Neptune conjunction in Pisces is loving, compassionate, creative and highly impressionable. It can increase psychic awareness and make you more susceptible to outside influences. It’s mystical and ethereal, but can also be incredibly naive.

Mercury conjuncts Saturn on Tuesday. Mercury is already starting to slow down (in anticipation of its turning direct and then going retrograde on the 3rd), and Saturn is likely to slow it down even more. This aspect is focused and disciplined, even in sunny, optimistic Sagittarius.

It’s good for making plans or ironing out important details. You could be putting a dent in any research you’re doing that involves scientific or step-by-step analysis. You may feel impatient with those who want to engage you in casual or superficial conversation. You are going to be more interested in serious (philosophical) discussions.

The Saturn / Mercury conjunctions semi-sextiles Venus on Wednesday and Thursday. The Saturn / Venus portion of this aspect can be somewhat sobering, especially if you’re forced to confront some difficult realities in your relationships.

The Mercury / Venus portion of this configuration — exact on Thursday — is relatively common, since Mercury and Venus are always close to one another along the ecliptic. It’s about being in touch with your feelings enough to put them into words, and it’s about wanting to express what you feel openly and honestly.

With Saturn a part of the mix, the emphasis is on stucture and discipline. Communications are important, especially those that are clear, concise and tactful or diplomatic.

Venus moves into Sagittarius on Friday, just as Mars opposes Uranus. Starting with the Venus in Sag transit: As Venus is tied to “love” and Sagittarius likes to see the world as its playground, this is a good time to think about expanding your horizons in the romance department. Whether this is with a love interest or all by yourself (in your quest to find love), now is the time to look past your immediate environment and explore what else is out there.

If you’re in an established relationship, this is a good time to think about booking a romantic cruise or taking a course together. If you’re single you might think about what you can do to round out your life experiences, in anticipation of your next great love. Overall the Venus in Sagittarius transit is good for travel, spiritual or philosophical pursuits or going off on a wild adventure. When it comes to ticking things off on your bucket list, Venus in Sagittarius says “the sky is limit.”

The Mars / Uranus opposition is also a very high-energy transit. It can see you so invested in doing your own thing that the Venus in Sag transit gets trampled underfoot. You’ll have to surrender some of your radical ideas and focus instead on making love and not war. This is especially important as Saturday pulls in a Moon / Jupiter opposition, which can amp up some of that already super-charged emotional tension. 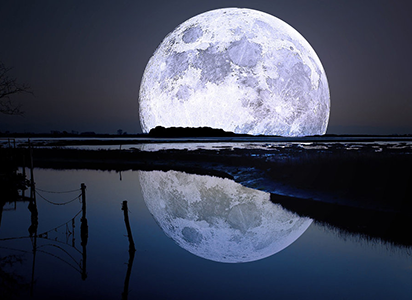 This monrh’s Full Moon on Sunday, is referred to as the Full Cold Moon in Native American traditions. It takes place at 11° Gemini 40′.

The Sabian Symbol for this degree is: “A black slave-girl demands her rights of her mistress.” This is an interesting symbol given the current focus on racial issues and injustices. Not just in the politicial arena, but in social, economic, educational and professional sectors as well.

Also on Sunday, we have Mercury turning retrograde, which it does 2-3 times every year. This time it’s at an anaretic degree (29° Sagittarius) and is still closely conjunct to Saturn. This puts Mercury in Sagittarius (where it is in detrminent) for almost 2-1/2 months — from November 5th through January 11th.

As always we want to be ready to roll with the punches as far as making plans and developing expectations.When Mercury goes retrograde, Mercury-ruled things naturally start to go a little haywire. Communications tend to run amok, plans get turned on their head, communications devices (computers, electronics, cell-phones, etc) and written communications (emails, texts, letters, etc.) get lost or misconstrued. It’s not a good time to sign contracts or legal documents and not a good time to purchase Mercury-ruled items (automobiles, televisions, computers and so on).

The Sun / Neptune square can add to the confusion. This aspect can manifest as insecurity, self-doubts, and hypersensitivity to criticism. Even though Jupiter is in there (trining Neptune and softening some of that energy), the Sun / Neptune square can cloud your vision, especially with respect to your identity (the Sun). Don’t fall into the trap of comparing yourself to others, or looking for ways to emulate them.