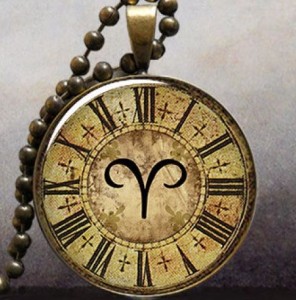 You start the month out at a bit of a disadvantage – with your personal ruler (Mars), your career ruler (Saturn) and your work ruler (Mercury) all retrograde.  But things straighten out for you soon enough, with Mercury turning direct shortly thereafter and ultimately moving into your sign.  Mars follows suit on the 14th and will be in mutual reception with Mercury at that time. What that means for you – aside from getting your mojo back – is that things will start moving forward for you in all of these areas.  Your finances should also start to improve – with Jupiter and Venus both in your money sector and the New Moon taking place there later in the month.  This should be a relatively prosperous time for you, starting around the 16th and culminating on the 22nd.  Focus your energies on that time frame and you’ll find that you can do no wrong.

While you may feel like you’re on top of the world this month, your relationships are going to need some fine-tuning. With both Jupiter and Venus in your sign (and the Sun and New Moon later in the month), you’re probably feeling comfortable in your own skin.  But you won’t get off so easily where romance is concerned. Pluto (your relationship ruler) turns retrograde on the 10th and Mars (in your romance sector) is itself retrograde until the 13th.  If you’re in a new relationship you can bet the honeymoon phase will be over, and if you’re in an established relationship you’ll be rehashing old arguments. New people coming in are probably not “new” at all – but rather those you have long standing karmic issues with. Whatever your current status is, you can expect this month to be all about facing and dealing with relationship crises.

Love is in the air for you this month, starting on the 3rd when Venus enters your sign.  This should be a light-hearted, playful period where you get a lot more satisfaction from friends and social connections than you do at home.  You’re unlikely to accomplish much in terms of professional goals this month – mostly because your attention is diverted elsewhere. With the full Moon in your romance sector on the 6th and with Mercury and Mars in mutual reception beginning on the 16th, your focus will be on your interactions with others rather than personal ambition.  A new prospective partner may enter the scene on the 23rd, although this is unlikely to last.  Focus on casual, friendly exchanges rather than anything serious. You may find yourself embroiled in a heated confrontation on the 25th, but other than that it’s all play and very little work for you this month.

You can accomplish a lot in the work-place this month as long as you remain focused.  This may be easier said than done, with your career ruler (Mars) retrograde for the first half of the month and in hard aspect to Neptune. But the Sun, Uranus and eventually Mercury will all make their way through your career sector, putting the spotlight on professional considerations. You may be in line for a raise or promotion.  Your relationships paint a different picture though: you’re could run into conflicts with neighbors or siblings around the 14th.  Remember the three C’s – communication, cooperation and compromise – if you want to mitigate more serious problems. You’ll want to make sure you’ve got reliable (and safe) transportation during this time.  Wait until the 26th, when the moon moves into your sign, to make any serious decisions or changes to your lifestyle.

While things may be going well for you professionally, your finances are probably in need of a serious overhaul.  Chances are you’ve either underestimated your living expenses or over-extended yourself by spending money you didn’t really have.  Now is the time to take stock of your financial situation and to put a new plan into action. Starting around the 15th and 16th, you’ll be shifting gears over to romance, when Mercury and your relationship rulers force you to deal with conflicts.  It doesn’t have to be disruptive: this energy is best used to put your heads together and brainstorm on ideas that are mutually advantageous. The good news is that Mars is turning direct which means you’ll be making progress. The Moon moves into your sign on the 28th:  Use this time to tie up loose ends on half-finished projects before starting something new.

Mars has been moving backwards through your sign for the last three and a half months.  If you feel like you’ve been zigging when you should have been zagging, this is partly why.  Your ruler (Mercury) will also be retrograde until the 4th.  This can be particularly challenging, as the combination of these retrogrades can wreak havoc on your carefully orchestrated world.  Luckily, this all gets sorted out by the 14th, when Mars turns direct.   You can expect things to slowly but surely start sorting themselves out, from your relationships to your finances to your work situation. Take a look around you and see what areas of your life you’ve neglected while you’ve been so busy putting out fires.  The aftermath of such a powerful cycle is sure to bring unfinished business to your attention, forcing you to decide what’s worth salvaging and what needs to be eliminated from your life.

Pay attention to the signals your body is sending you this month, as you may be prone to stress-related health concerns, such as stomach and digestive problems.  With Mars and Neptune straddling your health axis, this should be more a wake-up call than anything else. Consider it a message from the Universe that you need to slow down and take care of yourself before anything serious develops.  You’ve probably been running yourself ragged in recent weeks – and feeling like you’re getting nowhere.  This is due to a combination of Saturn moving retrograde through your sign and Mars moving retrograde through your house of “self-undoing.” Hold off on starting anything new until after the 13th.   Even though the full Moon in your sign on the 6th can have you feeling like you’re on top of the world, until Mars goes direct you won’t see much in the way of progress.

Be careful what you wish for – particularly in the love department – as this month you’re likely to get all that you ask for, and then some.  Prospective partners make an appearance early in the month, and you’ll be tempted to throw caution to the wind and dive right in.  But it’s going to be a whole lot easier throwing yourself into an exciting new romance than it will be extricating yourself from a faltering one later. Venus moves into your house of intimacy on the 3rd, followed by the Moon in your sign on the 7th. Your animal magnetism should be off the charts, making for some sizzling romantic chemistry. Tensions start to erupt though by the 10th and can lead to an uncomfortable realization that you and your partner have little in common. Caution and discretion are paramount to your getting through this emotionally unscathed.

You start the month feeling a bit out of sorts, in spite of a favorable aspect between the Sun and your ruler (Jupiter). With a retrograde Mars moving through your career sector and in close opposition to Neptune, you may lack the energy and motivation to get anything accomplished. This is not the time to make waves in the workplace, even if you’re not in agreement with the way things are being handled.  You could be called upon to do something you’re not comfortable with – such as making a presentation you’re not prepared for or taking a stand you don’t agree with.  Venus and Mercury come to the rescue on the 3rd and 4th, paving the way for you to open the lines of communications. Even if things are still a shaky in the workplace, you can count on loved ones to have your back and to validate your efforts.

This month you’ll want to be on the lookout for those who try to challenge your belief systems. This doesn’t have to be a bad thing, although it’s likely to put you on the defense. The Universe may be forcing you to look areas where you’re too rigid or set in your ways. Or you may find yourself at what seems like an impenetrable impasse with someone whose beliefs are diametrically opposed to your own.  You won’t be able to ignore this conflict, but you may find yourself rethinking some of your own beliefs as you try to gain insight into someone else’s. An opposition between your ruler and the Sun on the 15th will bring things to a head. But if you’re willing to be open-minded and put yourself in someone else’s shoes you may gain valuable insight into how the other half lives.

You start the month feeling a bit “off,” thanks to an inconjunct aspect between your ruler (Uranus) and Mars. This configuration tends to manifest as more a nagging frustration than anything measurable – sort of like a gnawing sense of discontent that’s hard to put your finger on.  Fortunately for you, it lasts only a few days and should be replaced by sense of renewal and restoration by the 9th.  Wait until after the 13th, when the Moon moves into your sign, to make any significant career-related moves.  Better yet, hold off until the 22nd, when Mercury and Uranus conjunct, as this aspect will help to solidify your goals. Brilliance, insight and ingenuity are the common denominators for these two planets, so use these qualities to your advantage. Where you may have felt like a fish out of water earlier in the month, you can make some very persuasive arguments during this time.

When you dream, you tend to dream big – even if you’re reluctant to turn your dreams into reality. This month you’ll be putting those dreams down on paper and working on bringing them to fruition.  This is a good time to make plans for the future and to work on manifesting even your most idealistic goals. You’ll be dealing with your share of emotional complexities too, as Mars turns direct in close opposition to your ruler on the 14th.  Misunderstandings may erupt around this time — through no fault of your own. This is not the time to engage in a show-down with loved ones. Use this energy to work through problems head-on rather than attempting to side-step confrontations. The Moon enters your sign on the 16th and helps to smooth over any lingering resentments. Communicate your needs to loved ones and be willing to hear them out in return.