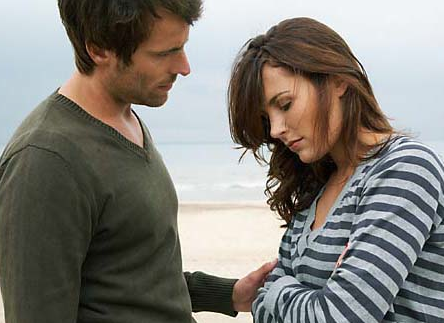 Ask the Astrologers: Is it Really Over?

A client, we shall call Jane, asks on her 2 year strong relationship which ended suddenly in April.

She suspects Mars retrograde is the culprit and I agree this may have played a part but there were some other astrological players at the same time which continue to weave their way through both her and his charts.

With the overall energy of Mars retrograde and the other transits which were also going on during this time you can get an idea of how looking at both birth charts gives an invaluable understanding of what else may be hidden under the surface, how long it will last for and what you can do to lessen the impact upon yourself. Let’s look at what was happening in April and what is coming up in the new few months.

Hi,  Thank you for your question and I’m sorry to hear you have been going through such a lot in a short period of time.

I just had a quick look at your planets to see what was triggered at this time.  Your node is in opposition to the Mars transit but what I found more interesting than Mars’ movements is this.

The dates you gave 29th April… there was an eclipse at 9 degrees Taurus. This is conjunct your own Mars. On 15th May the full moon was conjunct his Jupiter. You mentioned he sat down 2 weeks before the 29th April to think things through… at that time (on 15th April) there was also an eclipse at 26 degrees Libra (squaring your Venus).

You may find you are more under the influence of April eclipses which were hitting off during the t square in cardinal signs. Your node was directly affected by this (at 13 degrees Aries) especially around the 29th April when both Pluto and Uranus squared off at 13 degrees of Capricorn and Aries respectively and Jupiter, Mars just a few degrees orb off 13 degrees.

I’m working to very tight orbs with these transits as I can also see you and he both have planets early in Capricorn. I haven’t been able to look at house placements without the exact times of birth.

Eclipses notoriously send things way off balance and his actions happened right on each eclipse.  This is more common than you may think.  I’ve had many clients that have experienced the same situation right on the eclipses.

The other planets which were being hit with transits were your Sun and Mercury and his Mars (all of which are in Pisces) and all of which are being transited by Neptune.

However, around 12th to 18th April Venus was in Pisces around these degrees and it may have been that as Venus transited his Mars he started asking himself some heavy questions about the relationship, himself, etc. especially given that Venus also transited his node in the week 20th to 26th  April.

Alongside these aspects Chiron is also coming into close contact with his node. So that is a lot going on for him all hovering around him being in a reflective mood without many answers forthcoming to him.  Makes me tired just looking at it.

He will be in a reflective mood, he will be asking himself deep questions about his life and if he was not coming up with answers he may have just thought “what’s the point” and pulled back to continuing thinking (or as I suspect feeling) his way through his internal dialogue.

Which leaves you with a man who needs his space and you have given him this.  You also have the choose as to whether or not you would like him to see you as getting on with your life which may have the effect of him worrying more if he made the right decision.

The other part of the transits is this.  I often find that if people are “hit” with circumstances around eclipse times then these situations take a while to clear.  Usually something comes up the next time there is an eclipse however, on looking at the degrees of both your planets in Pisces and especially his node, Chiron transits just now then I’d like you to keep your eyes out for these dates.

On 26th August there is a new moon at 3 degrees Virgo… this is opposite your Sun, Mercury and his Mars which you’ll remember were all hit off in April.  On 9th September there is a full moon at 17 degrees Pisces… which is bingo!!!  conjunct his node alongside Chiron also still conjunct his node.

I would suspect that at this time he will be looking at the “other side” of things… the side he wasn’t looking at in April when he made such a hasty decision.

I know this gives you a few months to wait things out and I am in no way saying he will not contact during that time, etc. What I’m giving you are the planetary influences that hit off to set this all in motion and let’s hope when they are in a different position in August, September they are mirroring to him what needs to be done.

I hope this has been helpful for you. If you would like a more in depth reading please contact Melodie or myself.