We start the week on Monday, with Mars at the 29th degree of Capricorn, retrograde, out of bounds, and at an anaretic degree. This is a volatile placement for Mars (even though it’s exalted in Capricorn) and should be taken into consideration when making plans or developing expectations.

The Moon is in Sagittarius, squaring Neptune and trining the Sun. In general, the Sagittarius Moon inspires us to think about travel, adventure, spirituality, philosophy and higher mind pursuits. It takes us out of our comfort zones and gets us thinking about how the other half lives.

On Tuesday, the Sun inconjuncts Mars. This can be a tricky aspect that describes a need to remedy an imbalance between the desire for self-actualization (the Sun) and the impulse to follow your urges, whether they’re in your best interests or not. This configuration is compounded by the fact that Mars is retrograde, so pay attention your urges during this time and think about whether they are going to benefit you or will lead to something you may later regret.

With the Sun in creative / expressive Leo and Mars in serious, success-oriented Capricorn, you may find it hard to satisfy both inclinations. But the main thing that these two archetypes have in common is a desire for respect and admiration. This would be a good time to put your energy into building  your brand, increasing your exposure, and developing a more polished persona.

The Sun and Mars are both dignified — with the Sun in the sign it rules and Mars in the sign of its exaltation. Mars is also currently at the exact degree of its exaltation, and because it’s stationary (in anticipation of turning direct on he 28th), it will remain at that degree for another 16 days. Exaltation is determined by a mathematical formula that determines the sign’s “purest” astrological position. In this case it’s 28° Capricorn. It’s still out of bounds (and will remain so for another 3-1/2 weeks) so be prepared for some restless and erratic energy.

Venus and Neptune (which are also both dignified) form an inconjunct of their own on Wednesday. As Neptune is also the higher octave of Venus, this isn’t necessarily a stressful aspect. Even so, it can see you questioning your morals and your feelings about others. What you may have found appealing in the past is now being shown in a different light. This transit compels you to think about how much you give of yourself and whether that translates to sacrificing your own needs.

It may be difficult for you to reconcile your values with your ideals. You might struggle with the idea of being selfish and indulging yourself (Venus) in contrast to your desire to help those who are less fortunate (Neptune). And you may also be taking a second look at your own appraisals, as in what (and whom) you find aesthetically pleasing.

The Sun moving through Virgo shifts the focus from creativity, self-expression and play to duty, diligence and work. It’s a good time to inventory and think about changes you want to make. Focus on changes to your diet and health, your relationships with colleagues and service to others are all featured during this time.

On Friday, the Sun inconjuncts Chiron. This transit indicates a need to remedy an imbalance between the desire for self-actualization (the Sun) and the urge for self-sacrifice (Chiron). While the Sun in Virgo strives to be of service to others, Chiron in Aries can be so focused on scrutinizing its own shortcomings that it doesn’t have time to focus on anyone else.

Fortunately that transit is rather short-lived and is likely to be cancelled out by a much more powerful configuration — a grand Earth trine involving the Sun, Saturn and Uranus — on Saturday. You can get a lot accomplished under this transit. It’s a good time to not only make goals and plans but to see them come to fruition. This grand trines is incredibly disciplined and productive, so if you want to get something done now is the time to do it.

The Sun / Saturn portion of this aspect is focused and rational while Sun / Uranus portion is innovation and progressive. Pull in the much more infrequent Saturn / Uranus trine, and you’re bringing the concepts of new and exciting adventures together with structure and personal responsibility. This aspect is excellent for thinking ahead — as in where you want to see yourself this time next year — and brings with it the discipline to set about making that happen.

Unfortunately, Sunday’s Venus square Pluto can rain a bit on your parade, especially if you’ve been dealing with tension in your relationship. Although Venus is comfortable in Libra (the sign it rules), it’s still likely to be trumped by the power Plutonian square. Problems that have been simmering beneath the surface can come to a head and force you to confront your relationship problems head on.

This is not the time to deliver an ultimatum or back someone into a corner. This transit can be volatile and can lead to actions and decisions that can’t be taken back later. Choose your relationship battles wisely during this time — or better yet choose not to do battle at all. 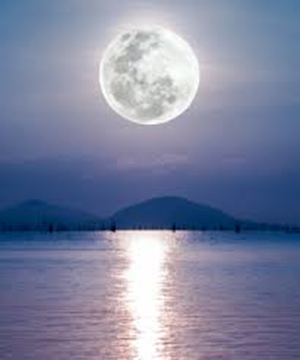 The August Full Moon is known in Native American traditions as the Full Sturgeon Moon, as it’s at this time of year that this fresh water fish is said to be most plentiful. It’s also referred to as the Grain Moon, Green Corn Moon, Fruit Moon, and Barley Moon.

This is a good time to get an overview of the changes you’ve made over the last couple weeks and evaluate the progress you’ve made. Because this is one of the most loving and compassionate moons, it’s also a good time to seek out forgiveness and to grant it yourself.