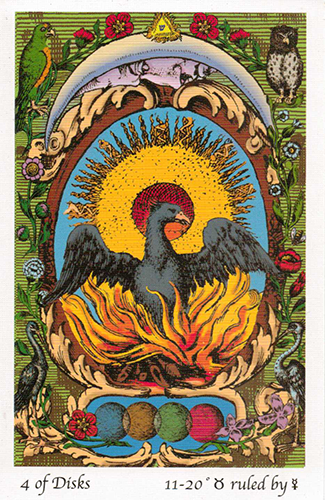 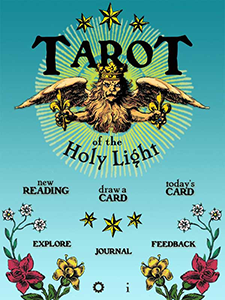 The card used for today’s tarotscope — Four of Disks — is part of the Tarot of the Holy Light series, by Christine Payne-Towler and Michael Dowers.

This deck is also now available for iPhone/iPad and Android devices through the Fool’s Dog website.