We start this week on Monday, with all planets moving forward again and a Balsamic Aquarius Moon. The Moon in Aquarius emphasizes humanitarian ideals; recognizing that there’s a place in the world for all of us and that we each have something unique to contribute.

It also emphasizes progress, activism and uniqueness. It speaks of figuring out who we are as a distinct individuals, and what impact we want to make on the world. This Moon is about advocating for the underdog, flying your freak flag, and thinking outside the box.

The Moon sextiles Jupiter (with Pluto at the midpoint) before it goes void of course in the early morning hours. You may encounter some very opinionated people during this time, or you may find yourself getting a little more rigid about your own progressive ideas. It’s a good time to think about marching to the beat of your own drum, but try to tone down any inclination to be rebellious or defiant.

Mercury conjuncts Neptune on Tuesday, for the third time in as many months. This is due Mercury’s retrograde cycle, which previously joined up with Neptune (while still direct) on Feb 19th, then again (while retrograde) on March 24th and now once more — until around this time next year.

While Mercury is debilitated in Pisces (the sign of its detriment), Neptune is at home there, which strengthens its position. This aspect is excellent for meditating, journaling, or any type of creative communications (songwriting, poetry, composing love letters, etc.) It’s also a highly sensitive aspect that favors getting in touch with your intuition and paying attention to your dreams.

On Wednesday, the asteroid Vesta moves into Aries, joining Chiron and the Sun. Vesta represents service, dedication, self-sufficiency and autonomy (among many other things). Its symbol is said the represent the “eternal flame” that is part of the myth for which it is named. Its transit through Aries can most certainly feed that flame — with drive, determination and assertive action.

It will inch toward a conjunction with Chiron in the coming days, which is also in sextile to Mars (exact on Thursday.) Chiron is known as the wounded healer, indicating an ability to bring comfort and solace to those who need it, even when we’re struggling with finding it in ourselves. And as Mars represents action and initiation, wouldn’t it be nice if we personally delivered those messages of compassion, forgiveness and hope?

At this stage Uranus is right at the midpoint between Chiron and Mars. This creates a planetary picture, with Uranus semi-sextiling the other two planets. Mars / Uranus may want to confront interpersonal differences where Mars / Chiron seeks to honor and embrace them. Think about which of these is going to better serve you down the road and then align yourself with that energy.

This aspect is loaded with kindness, empathy and understanding. It’s capable of loving the unlovable and forgiving the unforgivable. There’s an unparalleled capacity to accept people as they are, knowing that we’re all just doing the best that we can. 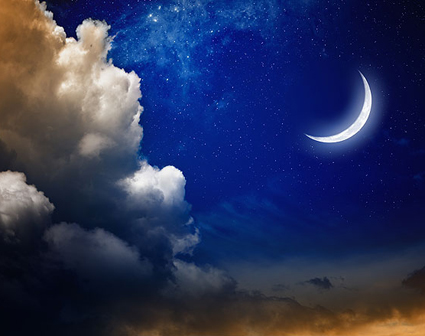 On Friday, we have a New Moon at 15º Aries 17. New Moons bring opportunities to plant seeds that we can then coax to maturity over the duration of the (28-day) lunar cycle. This marks a time during which the focus should be on exploring the many possibilities before you.

As Aries is the sign associated with fresh starts and new beginnings this should be a time for taking a leap of faith and going after your heart’s desires. It’s about facing your fears, taking risks and trying something new.

This Moon invites you to be bold, confident and assertive, and to be wide-open to the world of possibilities, fearlessly facing whatever comes your way.

Saturday’s Moon takes part in a cardinal t-square between Pluto and the lunar Nodes. This is a pretty intense (although thankfully fleeting) aspect that can manifest as emotional outbursts and extremes. It can be volatile and accusatory. It can bring jealousy, trust issues and hidden resentments to the surface, especially in your most intimate relationships.

With the Moon still in Aries (and still New), this is not the time to assume you have all the answers or that all the information that you need is right there at your fingertips. As this aspect can be rash and reactionary, you want to be mindful of the potential for lashing out at others before you have all the facts.

On Sunday, Mercury sextiles Saturn. This is another triple-recurrence, with Mercury having already made this aspect on both February 20th (in direct motion) and March 20th (while retrograde).

This aspect makes it a little easier to “get a grip” and see things from a more rational perspective. It puts the Sun / Pluto paranoia under a microscope and forces you to see things as they are rather than jumping to conclusions. It forces you to rely on facts rather than conjecture and can get you thinking logically rather than irrationally.