This week we have a planet (Mercury) and an asteroid (Ceres) changing signs, a t-square involving Mercury, Uranus and the Nodes, and a Full Moon total lunar eclipse in Leo.

Starting on Monday, we’ve got Venus squaring Neptune and Mars squaring Saturn. As these are both the traditional love planets, relationship problems are likely to be impacted, with the Mars / Saturn aspect creating obstacles and the Venus / Neptune aspect can be overly idealistic or downright delusional.

Mars square Saturn is often likened to having the pedal to the metal and driving full speed ahead (Mars) and plowing into a solid brick wall (Saturn). It can be tremendously frustrating as you’re raring to go and the Universe is putting roadblocks in your path.

At the same time, the Venus / Neptune square can translate as unrealistic expectations and wishful thinking — especially regarding romantic interests. You may have to check yourself if you find yourself spending too much time daydreaming or wondering “what if” This transit is prone to flights of fantasy and can be downright delusional. It’s not the time to put your stock in people who’ haven’t proven themselves or who have engaged in dubious practices in the past. 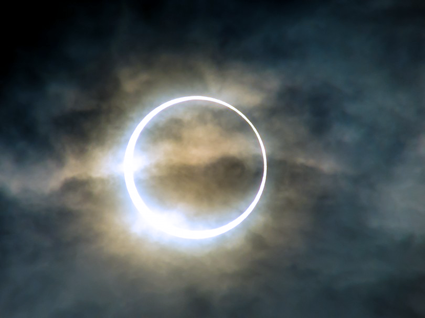 Also on Monday. we have Full Moon total lunar eclipse at 0 Leo 51. This is actually a Super Moon, so named because it is perigee (closer to Earth in its orbit) and will appear larger than usual.

The January Full Moon is known in Native American traditions as the Full Wolf Moon, or Full Old Moon. And because it is a total lunar eclipse (which frequently causes the Moon to take on a reddish hue), it’s also known as a “blood” moon.

The Leo Full Moon is all about honor, dignity, pride and integrity. It’s a warm, generous, creative and expressive energy that may see you feeling more confident about yourself and more indulgent of loved ones.

This particular eclipse occurs at 5:51 am UT (or Sunday evening in some parts of the world). As Eclipses are known to expose things that have previously been hidden, this can represent a time where duplicity and deception are revealed. We’re likely to have our belief systems tested and to find ourselves challenging the same in others.

Those that we’ve idolized or placed on pedestals may come crashing down as we find ourselves questioning what we may have blindly believed in in the past. We may feel the need to challenge authority and question those who we feel have misled us or duped us into believing something that turns out to be little more than smoke and mirrors.

On Tuesday, Venus conjuncts Jupiter and Mercury conjuncts the South Node. The Venus / Jupiter transit is a ‘feel-good’ aspect with the greater and lesser benefics joined together in Sagittarius. This is an optimistic, enthusiastic and benevolent transit that can see you feeling so good about yourself that others respond in kind. Those feelings of goodwill are infectious and can result in opportunities that come to you through unexpected channels.

Mercury conjuncting the South Node (and thus automatically opposing the North Node) can manifest as a chance encounter that turns out to be anything but in the end. Whether it’s a past-life connection or just someone you meet unexpectedly that turns into a significant connection, you want to pay attention.

You want to be be mindful of what you say and how you say it. Mercury represents communications and the Nodes are said to be karmic in nature. So pay attention to what you put out there as it could have long term repercussions.

Mercury next sextiles Chiron and squares Uranus, on Wednesday. This is an ongoing recurrence due to a series of retrogrades involving these three planets. The Mercury / Chiron sextile may see you becoming more aware of your own capacity for giving and for being able to put yourself in other people’s shoes. This is a charitable aspect that compels you to reach into the very depths of your soul — where compassion, forgiveness and understanding all reside — and bring forth that which is within you in order to pass it onto others.

But the square to Uranus can be disruptive, and can manifest as erratic or unstable behavior. Conflicts can erupt — from seemingly out of nowhere — in both your personal relationships and your interactions with others. This aspect pits the urge to connect and interact against the desire for freedom and independence, so could see you on a completely different page from your loved ones.

On Thursday, Mercury leaves Capricorn behind and moves into Aquarius. As Aquarius is ruled by Uranus (which is the higher octave of Mercury), this placement emphasizes originality and independence.

Mars and Jupiter form a trine on Friday. This aspect brings with it an abundance of energy and enthusiasm. It inspires us to think about travel, adventure, spirituality, philosophy and higher mind pursuits. It takes us out of our comfort zones and gets us thinking about how the other half lives.

This combination is also heightened by the fact that both Mars and Jupiter are at home in their own signs.  It lends an added bit of confidence and bravado that can see you making big plans.

As we move into the weekend, we have mostly lunar transits, with the Moon in Libra on Saturday, squaring Saturn, opposing Mars, and sextiling Venus and Jupiter. While the early part of the day may be wrought with frustration, those evening transits are much more pleasant.

Sunday is similar with mostly lunar transits, although the ones in play are relatively intense. We have the Moon (still in Libra) squaring Pluto and then opposing Uranus before the day is through. In general these are volatile and potentially combative transits, although fortunately they’re also fleeting as with all aspects involving the Moon.

The Moon goes void of course early Sunday morning before it moves into Scorpio and its first quarter phase. The void of course Moon is a common occurrence; it marks the period of time between the Moon’s last aspect in one sign and its ingress into the next. It’s generally not a time to make decisions or try to nail down finite plans.

The first-quarter Moon is tied to home, family, security, emotions and needs (among other things). It’s also associated with a “crisis in consciousness,” and in this case we’re talking two planets debilitated by sign (the Sun in Aquarius and Moon in Scorpio).

Keep in mind that aspects involving the Moon are temporary and are likely to fly by imperceptibly. But that doesn’t mean these two days will be uneventful. There are still always transits in play: planets interacting with one another and blending or communicating their unique energies.