As we turn our clocks forward and tie up the last few days of winter here in the Northern latitudes, we begin our week on Sunday with Venus and Mars in mutual reception, a mutable t-square involving Saturn, Moon and Mercury, and a Full Moon in Virgo.

Starting with Venus and Mars, these planets are both currently debilitated (by sign) but bolstered by their mutual reception. Venus is not comfortable in Aries and Mars is not happy in Taurus. But the mutual reception says they’re “holding hands” and figuring out what it feels like to be in one another’s skins.

This has particular social relevance with respect to our expanding views on the traditional meanings of these two archetypes: Venus as feminine and Mars as masculine, as well as our broadening views on the concept of love (also Venus and Mars). With Venus still retrograde and moving between the sign it’s least comfortable in (Aries) and the sign it expresses its purest essence (Pisces), a lot of progress can be made. 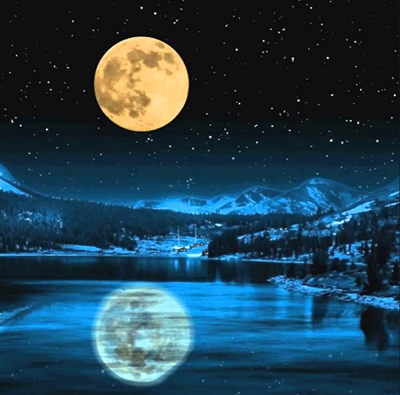 This month’s Full Moon — also known as the Full Sap Moon (or Full Worm Moon) in Native American traditions, is at 22° Virgo 53.

The Sabian Symbol for this degree is: “A lion-tamer rushes fearlessly into the circus arena.” This is an interesting reference given that the month of March is said to “come in like a Lion and go out like a Lamb.”

This Symbol seems to allude to current social and political trends, and may be made all the more relevant by the t-square to Saturn and Mercury.

The Virgo Full Moon references a need to look more closely at the ways in which we have been of service, to ourselves and in our communities. In what ways have are we striving to make the world a better place, through the combination of self-sacrifice and self-improvement? This is the essence of the Pisces / Virgo polarity.

Saturn square Mercury is a bit of a “rain on your parade” aspect that can see us viewing the glass as more half-empty than half-full.  Especially since Mercury is also debilitated (by sign) in wistful, melancholy Pisces.

It can manifest as boredom or apathy, especially as it becomes part of a t-square involving the Moon (with Saturn at the apex) by mid-afternoon.  If you find yourself asking “what’s the use?” or “why even bother?” try to shift your thinking, as this transit can see you wallowing in your own misery.

Fortunately this is only temporary as Mercury moves into Aries and Mars trines the North Node on Monday. Mercury in Aries is good for taking a stand, saying what’s on your mind, being bold and brave in your communications with others, and putting yourself out there. It’s better at talking than listening and is not so good at tact and diplomacy so keep that in mind in your interactions with others.

The Mars / North Node aspect automatically sextiles the South Node, as the Moon’s Nodes are always polar opposites. This aspect is great for working with others on shared goals and ideals. It speaks of cooperation and collaboration, putting partnership or group needs ahead of individual ones.

Tuesday’s transits are relatively uneventful, other than a Moon / Venus opposition in the early morning hours. As this lunar transits are fleeting this aspect should ease by without notice, especially given the strength of other aspects in play. Keep in mind that Venus is weakened by sign and is also currently retrograde, while the Moon is strengthened by its Full (illuminated) state as well as its impending conjunction to Jupiter.

On Wednesday, the Sun conjuncts Chiron, just as Mercury inconjuncts the North Node. The Sun / Chiron conjunction is about recognizing your ability to guide and assist others through your own life experiences. It can signify a greater ability to put yourself in someone else’s shoes and feel what they feel (or draw on your own memories of times when you felt victimized or marginalized in some way). Because of this, you may be more compassionate toward other people’s weaknesses and help them overcome them — even as you struggle to overcome your own.

The Mercury / North Node aspect can see you feeling at odds between what you see as your life’s purpose (the North Node) and where you are with respect to the adjustments that need to made in order to fulfill it. In what ways are you getting in your way and interfering with your progress?

As Mercury is tied to communications and ideas, chances are good you’re going to have to start walking the walk rather than just talking the talk. Think about which of your ideas are outdated or are not aligned with what you perceive as your calling. Because this is a waxing (6th house) aspect, the emphasis should be on working with what you have and on what changes you need to make, rather than actually eliminating anything.

The Libra Moon conjuncts Jupiter and opposes Uranus also in the early morning hours on Wednesday. The Moon / Jupiter conjunction is made all the more prominent because these are the only two bodies that are not “besieged” by Mars and Saturn for the next three weeks (after the 20th, all  but Jupiter will be besieged). Moon and Jupiter joining together in Libra invites us to to be more objective and to think about fairness and equality on a grander scale.

Fast forward to Friday and a Sun / Saturn square, which can see us winding the work week down and not a moment too soon. This transit can be somewhat sobering, and can leave you feeling physically and mentally exhausted, but only if you let it. You may not have a lot of energy by the end of the day, and may feel like doing nothing more than heading home to decompress.

Take the rest of the day off if you can and get some rest. These transits may not be good for socializing or partying, but they are good for paying attention to your body and heeding your inner voice.

Venus conjuncts Mercury in Aries on Saturday. This is a relatively common conjunction (though not necessarily in Aries). And it’s a recurrence of an early conjunction with Mercury retrograde and Venus direct (and now it’s the other way around). Venus / Mercury aspects are all about harmonious interactions with others.

This combination is known for being friendly and sociable. It’s more interested in getting along than it is anything else. As such it’s a good time for connecting with loved ones and getting out and socializing with others.