We start this week with Mars, Venus and Jupiter all visible in the early morning skies. Although Jupiter is still so close to the Sun that it won’t be easy to see, these planets rising ahead of the Sun are always a sight to behold.

On Monday Venus sextiles the North Node (and trines the South Node) while Mercury squares them. The Venus / Node aspect can bring people into your life who want nothing but the best for you. Hold onto them and cherish their presence in your life. It can heighten your awareness of the beauty and grace that surround you even in the midst of turbulent times.

Mercury squaring the Nodes is a bit more complicated.  This is what classical astrologers refer to as “at the bendings.” This can indicate a period of crises with emphasis on the concept of fate.

Venus and Mercury are also semi-sextile on Tuesday. This is a relatively common aspect, since Mercury and Venus are always close to one another along the ecliptic. In general it’s about being in touch with your feelings enough to put them into words, and it’s about wanting to express what you feel openly and honestly.

On Wedneday, Venus closely conjuncts the asteroid Vesta in Libra. As Venus is the natural ruler of Libra (along with Taurus) it represents the catalyst through which the concept of “Love” first emerges.

The Libra version of Venus is all about objectivity, tact, diplomacy and grace. It’s about striving for harmony in relationship and interacting socially with others rather than engaging in conflict.Comibined with Vesta (the goddess of home and hearth) , this transit can lead to favorable and comforting interactions with loved ones and family members.

Chiron is involved in a sextile with Mercury and a square with Saturn on Thursday. The Mercury / Chiron portion of this transit can make it easier for you to convey your views to those who may be resistant to them at first. It eases the transition between dissent and acceptance, making it not only okay to disagree but opening up the pathways toward acceptance and understanding.

But the Saturn square is quite a bit more difficult. It can put a damper on your mood and see you questioning the meaning of life — your life in particular — and wondering if you have done enough or accomplished enough or made a big enough impact on the world. This aspect can manifest as an existential crisis, and can generally make things seem a lot more bleak than they really are.

Fortunately Mercury and Saturn are in a semi-sextile (holding-hands) configuration as well and this can ease some of that tension. It can soften soften some of the self-recriminations and pave the way for a clearer understanding. It’s also good for formalizing agreements, signing contracts and outlining individual roles.

The Sun trines Neptune, while Venus sextiles Saturn on Friday. The Sun / Neptune aspect can increase your sensitivity to outside influences and leave you feeling more susceptible to psychic impressions. This transit can help you wind down your work week on a mellow note; so mellow in fact that you may decide to stay in for the weekend rather than venturing out. It’s a good time to pay attention to your dreams, meditate, get in touch with your creativity and heed your inner voice.

The Venus / Saturn sextile is good for sitting down and having a heart to heart with a loved one. This aspect adds a bit of depth to the interchange without being too frivolous. In other words, these two planets can  balance one another out. 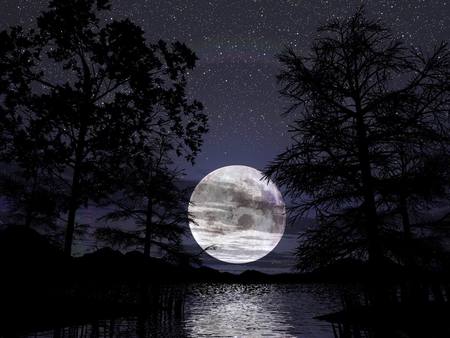 The Moon is exalted in Taurus, and the Full Moon in in this sign shines a light on our value systems — including the things we hold nearest and dearest — which as most of us know by now are not always “things.”

Even so, the Sabian Symbol for this degree is: “A young couple walk down main-street, window-shopping.” This symbol emphasizes the desire to come together and express our love for one another through giving and receiving, which as we move toward the holidays, is befitting of the time of year.

But Venus and Uranus are also in opposition on Saturday, which could throw a wrench into  some of your plans. The Venus / Uranus opposition can manifest as erratic changes in your relationships, especially those that have become mired in drudgery or routine. This transit can bring people in who rock your world, only to see them exit just as quickly as they came in. It can shake up existing relationships too, leaving you feeling like the rug has been pulled out from under your feet.

If you’re dealing with ups and downs in your relationships, it’s not the time to force someone’s hand or insist on doing things your way. You’ll get much better results allowing your partner a wide berth and getting some space yourself.

Mercury moves into Sagittarius on Sunday. And while Mercury may not particularly love being in Sagittarius (the sign of its detriment), the rest of the world sure seems to appreciate it. This signature is all about being honest, blunt, frank and telling the truth — even when it hurts.

It’s known for being upbeat, positive, optimistic and expansive. It’s a great storyteller — even when it feels the need to exaggerate or embellish a bit to make things more interesting — and is as interested in learning as it is teaching or disseminating information to others. Overall this is an upbeat transit and you can use it to get a lot of the end of the week stuff done, and have a lot of fun doing it.