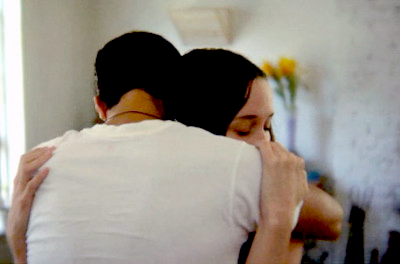 Ask the Astrologers: Can this Relationship be Restored?

How do you deal with the on-going agony of wondering what went wrong when a relationship ends? Is there hope for reconciliation? Or is it time to move on? This is the question posted by Erica*, in reference to a break up that she’s still struggling to get over.

Dear Melodie: I am submitting a question for advice. My boyfriend broke up with me in June; it was a blindside. I’m wondering if he ever really cared about me, if he was just running scared, and if there will be a chance for reconcil-iation. My birth info is: (edited). Thank you so much for your time and consideration. I really appreciate your advice and expertise. ~ Erica

Thanks for submitting actual verified birth information (time and place, too). It makes it so much easier and in your case made a huge difference. The timing of this break up — and of your reaching out to me couldn’t be more telling. This is especially true for your ex, who I will refer to as Michael.

Before we get to that, let’s look at the natal and composite charts. I can see a lot of harmonious connections between your chart and his; some of which I would consider “karmic'” in nature. For one thing your charts are flipped, with your Scorpio ascendant right on the cusp of his relationship house, and his Taurus ascendant right on the cusp of your relationship house. It’s one indication that you’re attracted to qualities the other possesses. But there are strong (exact) hits between the two charts as well.

His Mars (the ruler of his relationship house) is in Cancer, very close to your North Node (karmic relationship point). His Moon / Venus conjunction also exactly trine your Sun / Node conjunction. Trines are harmonious aspects that tend to smooth out the rough edges. And his Saturn / North node conjunction/ opposition is stretched across what is called your MC/ IC axis. This aspect is particularly karmic in nature but not especially easy — there may be some past life challenges that resurfaced between you this time around.

But there are a couple difficult/ stressful aspects too, most notably a Mars / North Node conjunction (his Mars, your North Node), and a Jupiter / Mercury opposition (his Mercury / your Jupiter). See this article for more information on synastry aspects between charts.

When we look at what what he’s looking for in a mate, I feel that you do fit the bill. His Moon in Scorpio in his relationship house, and describes an attraction/ interest in someone who’s both “lunar” (as in your Cancer Sun) and Scorpionic (as in your Scorpio rising). His Moon also conjuncts both Neptune and Venus: I have no doubt that this man is capable of deep, meaningful and intimate relationships, but also feel that he can be evasive and withdrawn when things start to go South.

The composite (compatibility) chart also describes a “love connection,” with the relationship rulers (Sun and Uranus) conjunct in the 1st house. There’s also a Venus / Pluto conjunction that squares the 5th house Sagittarius Moon. If I were to identify one source of conflict in this relationship (among a few) this would be it. The Venus / Pluto aspect describes such an intense passionate, all-consuming love while the Moon in Sag in the 5th house speaks of a more playful, expressive, light hearted energy. The square between the two of them suggests an ongoing conflict between these two distinctly different needs. How do you reconcile those two things? It’s hard to be both intimate (Pluto / Venus) and carefree (Sagittarius Moon).

In June when Michael ended the relationship, Saturn was forming an almost exact conjunction to his marriage cusp. (Depending on which day in June, it may have even been exact.) Either way, this is one of the most important transits in a person’s life — and particularly with respect to relationship. Saturn tends to force people to face reality and usually that “reality” is a bit harsh. It can indicate an all-or-nothing, life-changing decision, which in this case it appears to have been. At least for him.

But Saturn was retrograde at the time and turned direct shortly thereafter (first part of July). Even though it’s direct now, it’s still two months away from crossing its shadow point, which is the true end of the retrograde cycle. I feel that there’s still hope for this relationship up until that point (end of Oct). Remember, this aspect is currently still exact — and barely moving — so I don’t think you’re going to see much movement from him any time soon.

I also progressed both of your charts and noticed right away that both of your progressed (directed) Suns have changed signs in the last several weeks — again right around the time of this breakup. This is another indication of a cycle coming to an end and a new one beginning. I don’t feel that means the relationship had to have ended — it looks like there is more to come here. But you’re both forever changed.

I do think it’s necessary to let things unfold on their own. In other words, be careful with trying to “keep things alive” in the meantime, as this Saturn transit can prolong or prevent this from happening if you try to push for reconciliation or otherwise try to interfere with this natural process.

My thought is that the one-month window between mid-Sept to mid-Oct is most favorable for reconciliation. You do have to do your part, but for now your part is going to be holding back, giving him a chance to get perspective and focusing on your own needs. I hope you will keep me posted on what happens with your Michael! All the best,

If you would like either of us (or both) to take a stab at your questions, please email us, or submit them (along with the birth date, time and place of birth for each person) right in the comments section below. Remember, all comments are moderated, so we’ll be sure to edit out your birth data and any personal or identifying information before it’s publicly posted. If you have any concerns about this process feel free to message us here. Although we won’t be able to respond to every question, we’ll select those that best suit the current astrological themes and post our responses here.

One comment on “Ask the Astrologers: Can this Relationship be Restored?”