Venus enters Aries May 2, 2014 at 9:21pm UT.  Venus is said to be in detriment in Aries, as it is the sign that opposes Venus’ natural ruler, Libra. Traditional or Classical astrology places a lot more emphasis on planetary detriments as they are seen as significant in Classical practices. There are some disadvantages to having a planet in detriment, usually due to societal norms and expectations rather than any deficit in the archetype itself.

There are a lot of wonderfully unique attributes associated with this placement and if you happened to have been born with Venus in Aries, you’re probably known as someone who is exceptionally passionate and ardent when it comes to matters of the heart.

You probably fall in (and out) of love quickly. You consider yourself a bit of a maverick where love and relationships are concerned. You wear your heart on your sleeve, express your feelings openly, and are not afraid of a little competition.

Venus in Aries people tend to be drawn to people who are slightly out of reach. They appreciate a challenge and love the chase. They do tend to lose interest in people who are too easy too “catch” and have little patience or interest in those who aggressively chase them.

They’re warm, dynamic, expressive and impatient when it comes to love. They want what (and whom) they want right NOW and will stop at nothing to go after the object of their affections. They don’t like to take “no” for an answer.

But they also don’t like to waste their time with people who are unable to stand up for themselves, form their own opinions or have their own outside interests. As Venus in Aries people tend to be fiercely independent, they are generally turned off by partners who are clingy, needy, submissive or insecure.

The astrological symbol for Aries is the Ram. It’s a masculine / positive, Cardinal / Fire sign which is not generally expected to work well with the feminine Venus archetype. Yet some of the most beautiful people — who positively ooze sex appeal — are born with this placement. Think Robert Downey, Jr., Kiera Knightley,  Alessandra Ambrosio, Adrien Brody, Elizabeth Taylor, and Bar Refaeli.

The symbol for Venus is the same as the universal symbol for woman, a circle with a small cross below it. Filtering Venus through the Aries archetype can add a fiery, dynamic and self assured spark — which is especially apparent in Venus in Aries women. Think Dinah Shore, Katherine Hepburn, Annette Bening, Star Jones, Rosie O’Donnell, Melissa Etheridge, Rachel Maddow and Sandra Day O’Connor.

Venus never travels more than 47 ° from the Sun, or more than two signs away. Each combination emphasizes a different dynamic, even while they all share the same Venus signature. For example, the Sun in a masculine or positive sign (Aquarius, Aries or Gemini) will express that Venus in Aries in a more assertive and dynamic way than will the Sun in a feminine or negative sign (Pisces or Taurus). 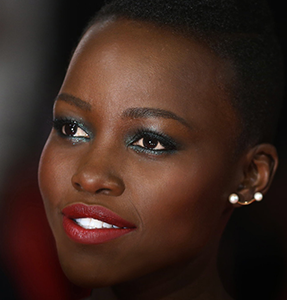 The natal Venus placement represents love, money, and values. It also relates to “beauty” with respect to what you find attractive and how you express your own personal style. As Aries is a masculine, assertive fire sign, these qualities are often colored by a stronger, more dynamic energy.

They are spontaneous and adventuresome, always ready to try something new or to take off on an adventure with only a moment’s notice.

They like to keep busy, and are best suited for professions that keep them engaged and interested.

If you’re involved with someone who has Venus in Aries (or are interested in someone with this placement) you may find them to be impulsive, impatient and aggressive; as this is the first sign of the tropical zodiac. It’s all about keeping things new, fresh and exciting.

But Venus in Aries people can also be gullible or naive. Because they are prone to acting first and considering the consequences later, they’re not always good at analyzing and determining outcomes.

They also like to take things at face value. This comes from their own instinctive need to “be themselves” which results in a natural assumption that everyone else is the same. Don’t expect your Venus in Aries lover to spend too much time reading between the lines or deciphering your subtle cues. This gets old real fast for a Venus in Aries individual.

Depending on other strengths and weaknesses in their natal charts, Venus in Aries people tend to be direct, out-spoken, dynamic and flirtatious when it comes to matters of the heart. They can be passionate and insatiable lovers, as long as both parties are willing to keep things new and fresh.

If they’re into you, you’ll know it. And if they’re not they probably won’t even bother pretending. If you are involved with a Venus in Aries individual, or if you were born with this placement, consider yourself lucky indeed.

Venus will remain in Aries until May 28th, when it moves into Taurus. Even if you weren’t born with this placement, now is a good time to work on taking more risks, shedding your fears and opening yourself up to all that love has to offer.