Neptune goes stationary retrograde on Monday at 16° Pisces 29. Neptune is at home in Pisces, and when it’s retrograde it can bring you one step closer to Nirvana. It can opens up your psychic pathways and make it easier for you access the collective unconscious. It is sensitive, compassionate, idealistic and altruistic. It can also be unrealistic and delusional.

Each year, Neptune spends about 5 months in retrograde motion and the other 7 months moving forward. This time it moves back to 11° Pisces on November 23rd, and doesn’t cross its shadow point until March of 2019. Use this time to

Among many other things, this transit is good for opening your heart to those you love and expressing appreciation and gratitude for all that you have. It’s good for coming together with others and celebrating your allegiances while honoring and accepting your differences. It’s a time for feeling inspired and optimistic about the future.

It’s going to be important to keep that energy in mind, since the Venus / Saturn inconjunct is a bit more of a downer. It can bring internal conflicts to the surface and see you questioning your own value. You may have to confront feelings of personal inadequacy — questioning whether you are worthy or deserving of the things you truly want.

As with all inconjuncts, the key is finding a way to resolve these internal conflicts, which generally involves finding a happy medium between two competing desires. In this case it’s about taking an honest look at your personal deficits and turning them into something more positive.

Venus moves on to conjunct the North Node in Leo on Wednesday (thus automatically opposing the South Node in Aquarius). This aspect can bring new people into your life who feel familiar and who can be instrumental to your evolutionary process. 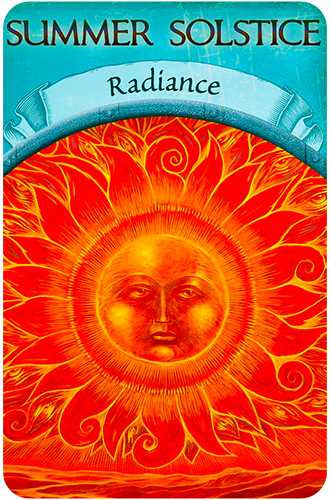 But put it in sensitive, loving, romantic Cancer and you know emotions are going to come into play. This is, especially true with Mercury also in Cancer and trining Neptune on that same day.

Mercury trine Neptune is generally quite pleasant. It opens up the psychic pathways that lead us to our dreams. It’s also incredibly perceptive. It provides unparalleled access to the collective unconscious. You may find yourself experiencing profound psychic insights or instances of synchronicity and déjà vu.

At the same time though (also on Thursday) Venus opposes Mars. This aspect can indicate conflicts in your relationships, with the love planet (Venus) and the planet associated with action, energy and aggression (Mars) on opposite sides of the fence.

You may find that you and your partner are focusing on different priorities, or that the one who has your heart just doesn’t feel the same. It’s especially important to iron out your problems by the weekend, because the Sun squares Chiron and Mercury squares Pluto on Saturday.

The square to Chiron can create a need to remedy an imbalance between the desire for self-actualization (the Sun) and the urge for self-sacrifice (Chiron). Heading up a volunteer program or taking part in something meaningful in community are good ways to actualize this transit. As for Mercury square Pluto: this aspect is associated with intrusive thoughts, anxieties and fears. It can feel like your mind is playing tricks on you, convincing you that something is real based on rudimentary “facts.”

You want to be careful not to let your imagination run away with you, lest you find yourself growing increasingly paranoid. This aspect is great for ferreting out hidden information but is not so good at evaluating it objectively. With the Moon conjunct Mars that day you could be in danger of jumping to conclusions, so if you notice yourself getting fixated on something and feeling the urge to act, step back, take a breather and re-evaluate it in a couple days.

Fortunately there’s a Sun / Uranus sextile on Saturday too. This aspect is great for flying your freak flag in a socially acceptable way. If you think that’s an oxymoron, consider that the Sun is tied to your life force, will and self-expression, while Uranus is tied to thinking outside the box. It is associated with being progressive and innovative, as well as broadening your range. This aspect encourages you to march to the beat of your own drum and express your own unique individuality in ways that inspire rather than shock.