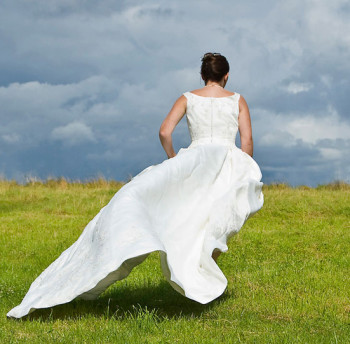 Ask the Astrologers: Why Do I Keep Running?

A client — whom we’ll call Julie — wrote in asking about a man (whom we’ll call Patrick) that she’s been involved with for several months. The relationship has been seriously compromised by her pattern of running away — or pushing him away — and then agonizing over having done so until they get back together.

By her own admission, she’s never felt this way about anyone. Yet every time things start to settle into a comfortable rhythm, and seemingly every time there’s even the smallest hint of a problem, off she goes again.

He’s done a bit of pulling away himself. He doesn’t “run” per se. Instead he disconnects emotionally from time to time. But because the two of them can’t seem to get into sync, she wrote asking for an astrological perspective into this dynamic.

Because her email contained so many personal details I decided not to include it here. But this her main concern.

So without further adieu, let’s Ask the Astrologers:

As soon as I read your email, I thought “this sounds like a Cancer,” and sure enough when I pulled your chart it revealed a Cancer Moon. Not only that, but it’s a Cancer Moon square Pluto, which is exactly on your 7th house (marriage house) cusp.

Let me explain. Starting with the Cancer Moon. Even though this is a good placement, as Cancer’s natural ruler is the Moon, this running away from one’s feelings is classically a part of this archetype. It usually goes back to childhood (the Moon) and some form of physical or emotional abandonment (Cancer).

What happens is that those abandonment issues get triggered later on — throughout the Cancer Moon native’s life — by intense emotional connections with those who have the power to hurt them.

In your case it’s the man you feel so strongly about that you’ve allowed yourself to be vulnerable to (another Cancer trait). Add to that the square to Pluto — right on your relationship house cusp — and it’s a recipe for a series of intense emotional breakups and reunions.

Squares represent conflicts. They’re like constant irritants that you can’t entirely escape from (even if you try to run away). And a Moon/ Pluto square is particularly intense because it refers to some early (even potentially before you were born but if not, in the first year of your life) disruption in the “safety” of your childhood. I won’t get too personal here. But I suspect that there’s a story to tell there.

You have Aries rising, which can exacerbate things — only because it describes a tendency to act (and react) impulsively. So it’s hard to sit back and let things fall into place naturally. You’re going to be instinctively compelled to do something, even when that something is not in your best interests.

There’s more — but this seems to be the main issue with you; the combination of your Cancer Moon square Pluto and the Aries rising. So now we know WHY you do what you do, but we still have to figure out how to change that.

We don’t know Patrick’s birth time, but we do know that he has Venus (which is his ruler since he’s a Libra Sun) in Leo square his Mars / Uranus conjunction in Scorpio. This signature is also rife with intense emotional drama (and with some anger thrown in for good measure). His Moon is also in Leo (and also appears to be squaring his Mars).

These two archetypes are a part of his contribution to the problem. They describe a man who tends to project a lot of drama onto the woman he’s involved with and who will have similar upheavals in relationship. In this sense, he plays as much a part in the ups and downs of your relationship that you do.

I don’t think either of you can expect the drama to completely die down. I looked at your composite chart (planets only since we don’t have Patrick’s birth time) and there’s an exact t-square between Chiron, Mercury and Mars. This is too complicated to get into in this format, but suffice it to say that the Mars/ Pluto/ Venus and Moon signatures are repeated throughout.

The good news is that there are karmic ties all over these charts. You also have a lot of “opposing” energy in the sense that it helps you to balance one another out. However even your Mercury’s (the planets related to communications) are at odds with one another: yours in Gemini and his in Scorpio.

What you can do — and what you should given your current transits — is work on communicating rather than bolting every time there’s a problem. You have Saturn opposite your Sun right now, which tells me that you’re probably coming down to the wire in this relationship anyway.

Saturn is an all-or-nothing transit in my view. it’s going to make things crystal clear — and not in a good way. Saturn tends to magnify the problems (or minimize the assets).

This transit is exact now, but will move ahead (and ease up) and then cross over again in May and retrograde in July. it will make it’s lass pass in September of 2015. So it gives you quite a bit of leeway for working things through. You may experience another crisis in May (when it makes its next pass) but the real test comes next September.

This doesn’t look easy by any means. But I do believe you can be conscious of these actions (and the basis behind them, ie the childhood origins) and prepare for some of the more intense transit and that gives you a great advantage for making this work.

2 comments on “Ask the Astrologers: Why Do I Keep Running?”